Trending
You are at:Home»Gadget News»“Invisible” iPhone on the Cards?
By Gadgetman on May 24, 2011 · Gadget News 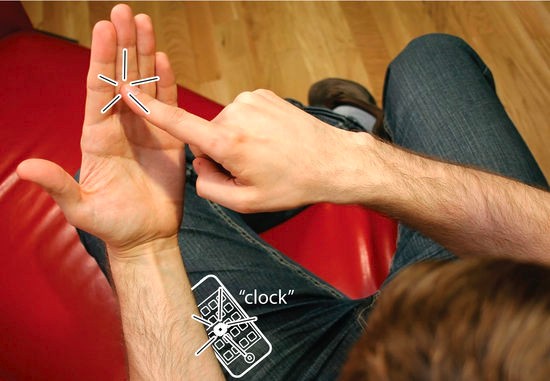 At some point we all made a joke or two about the ‘invisible’ iPhone, but now it would appear that Patrick Baudisch and his team of researchers at the Hasso-Plattner Institute is pushing towards making it a reality, with a new interface that can essentially transfer an iPhone’s touchscreen to the palm of your hand!

The device the researchers are working on involves a depth camera, mounted on a tripod, which can register the movements of a person’s finger across his palm. Specialized software will then determine the actions these gestures would execute on an iPhone, before transmitting the commands to a physical phone, via WiFi radio.

A similar research study is ongoing, but unlike MIT’s motion-based “sixth sense” interface, the new imaginary phone does not require a user to learn new gestures, but rather relies on the muscle memory that smartphone users have developed.

During research, Baudisch and his team of researchers found that iPhone users could accurately determine the positions of two-thirds of their apps on their hands, without even looking at their devices.

Currently, the technology still involves a number of bulky and unpractical equipment, but the researchers hope to incorporate a smaller camera that users could wear more comfortably.

Who knows, perhaps someday soon we can answer our imaginary iPhones while doing our dishes!