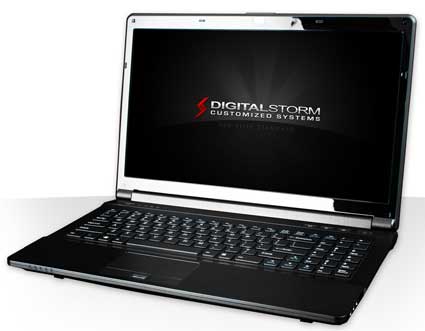 Digital Storm has announced the release of its best and most powerful laptop to date, the XM15. Not only will the XM15 bring users high performance in gaming and high definition video, but it will also last longer on a single charge.

The XM15 will make use of a NVIDIA GT 425M video card with as much as 1GB memory, which is said to be the main reason for better display and longer battery life, but could this be possible?

The laptop is able to support up to 8GB of RAM and consumers can chose up to 1 GB hard drive or SSD drive.
The device also features 1Gb Ethernet, Wi-Fi 802.11 b/g/n and Bluetooth for its connectivity.

It also consists of a webcam, DVD or Blu-Ray drive, HDMI and VGA outputs, USB 3.0 and eSATA.
The new laptop will have Windows 7 Home Premium (x64) preinstalled and the retail price will start from $999.