Trending
You are at:Home»Gadget News»LG L90 with T-Mobile Branding Leaked
By Gadgetman on Mar 2, 2014 · Gadget News 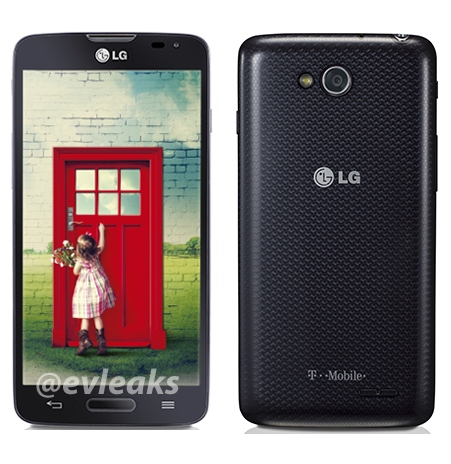 Earlier in the week, LG used the spotlights at Mobile World Congress 2014 to announce two new mid range Android smartphones that the company plans to release to the world later in the year. However, details on when the two devices would arrive, and to what regions and networks, was unknown at the time.

LG didn’t even mention North America once when talking about their new handsets, but a new leaked image seems to suggest that at least one new LG handset will make it to the North American shores.

The image shows the LG L90, however, unlike the models shown at MWC, this version has a T-Mobile branding added to the back cover. Whilst it’s hard to say whether this image is the real deal or just a concept image is hard to say at this point, but it’s quite likely that the new LG devices will make it to North America.

The L90 will be most likely be the North American counterpart to the international model, the F90. Despite this, the leaked image seems to show that the LG L90 looks a lot like the international version, with the T-Mobile branding being the only notable difference.

The LG L90 will come with a 4.7 inch qHD (960×540) display, a 1.2GHz quad core processor, 1GB of RAM, an 8 megapixel primary camera, and a 1.3 megapixel camera on the front of the device. The device has been aimed at the mid range market, and will probably be available later on in the year.

As soon as we know more details on the exact release date and regional availability for the new LG devices we’ll let you know, so make sure to check back often for more updates and content on the new LG smartphones, and any other devices shown at MWC 2014.