Trending
You are at:Home»Gadget News»F70 and F90 Mid-Rangers Announced by LG
By Gadgetman on Feb 25, 2014 · Gadget News 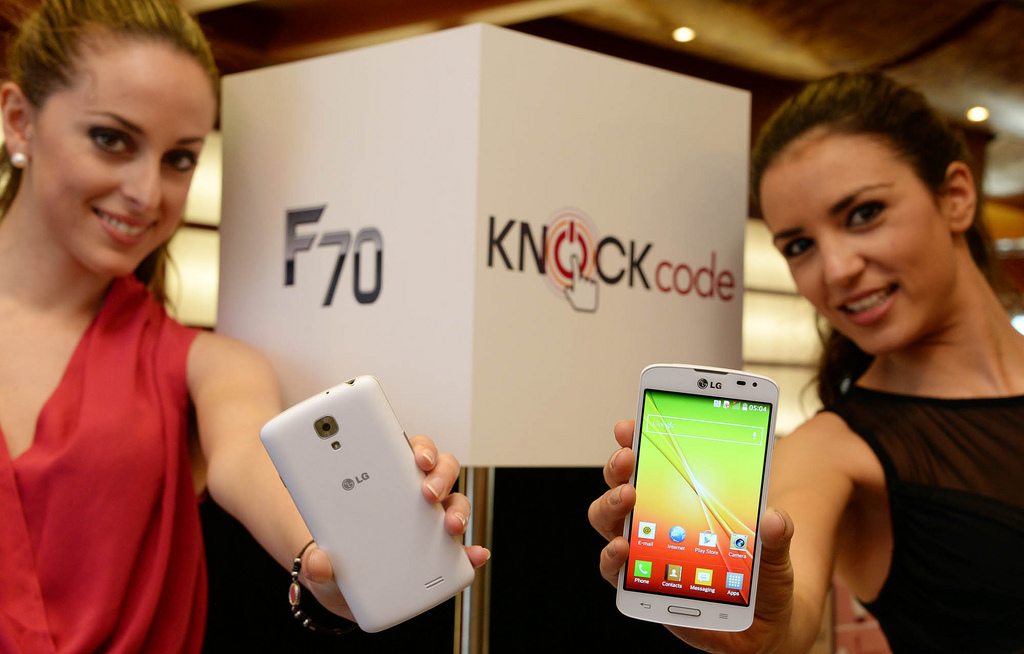 LG seems to be joining the mid-range gang too, because the Korean based manufacturer has been showcasing two new devices too, both of which have been aimed at the mid-range market.

The first of the two LG mid range smartphones is the LG F70 – this is the cheapest of the two new devices, and it is an Android devices with a 4.5 inch 800×480 display. On the inside, the F70 is powered by a 1.2GHz dual core processor, 1GB of RAM, and a measly 4GB of storage, although the device does have a micro SD card slot. The device has a 5MP primary camera, and a front facing VGA camera.

The battery in the LG F70 is removable, and comes with 2,200mAh, which is probably the highlight for the hardware department.

The next device is the LG F90, which comes with a larger 4.7 inch display with a resolution of 960×540. However, despite having a prettier, larger screen, it really isn’t all that much of an improvement from the LG F70. To be precise, the LG F90 comes with a quad core Snapdragon 400 SoC, 4GB storage with a micro SD card slot, and a 3,000 mAh battery. These specs are pretty much a standard for mid-rangers this year, however, the F90 has underdelivered in the RAM department, as the device will only be packing 512MB.

I think both devices offer enough battery life to make them a valuable purchase for anybody in the market for a cheap smartphone, and if the price is right, both the LG F70 and the F90 could sell well. Another great thing about both of these LG mid range smartphones, is that they both have LTE support, allowing owners to get fast data on the cheap.

No details yet on pricing or availability, unfortunately.