Trending
You are at:Home»Laptop Reviews»The Acer Aspire One 522 Netbook
By Gadgetman on Dec 25, 2010 · Laptop Reviews 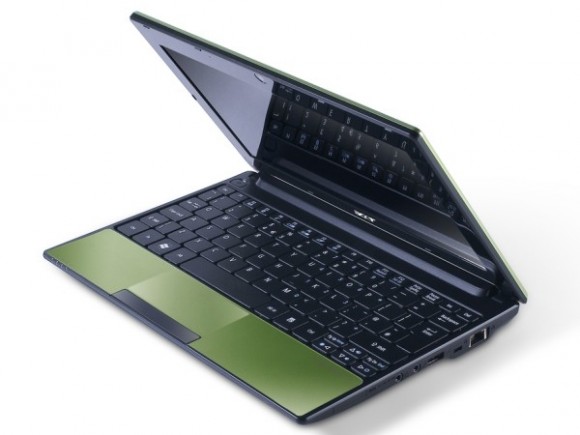 Reports have done the rounds that users may soon get their hands on some Atom-beating netbook chips, specifically the Acer Aspire One 522.

According to information received the device will be driven by a 1GHz AMD C-50 Ontario APU. Ontario’s chip, rated at only nine watts, promises fairly decent battery life.

Aside from this, it is speculated to consist of three USB ports, VGA-out, a webcam and 802.11 b/g/n WiFi. The device also will also feature HDMI out, a feature not available on other similar Aspire devices.

Pricing information on the product has not been mentioned, but rumors have it that the device may retail at around $450 to $600.
Official specifications and a release date for the device has not been given.