Trending
You are at:Home»Gadget News»Nokia N9 – MeeGo is in the business
By Gadgetman on Jan 31, 2011 · Gadget News 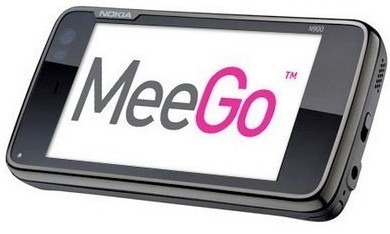 Nokia fans and smartphone users were pretty upset at the fact that the N900 was the first and only device that is running the Maemo OS, which is based on Linux and is very flexible and developer-friendly. The main reason for the outrage was the announcement from Nokia that it was dropping support for Maemo and continuing with the Symbian OS, which has received a new life in its open source form.

But recently, Nokia changed their minds again and reintroduced MeeGo as a competitor to Android and Windows Phone 7 and said that Symbian will be used for low and mid end smartphones, while MeeGo will be reserved for tablets and high end smartphones. While Nokia fans weren’t very trusting (after all, Nokia did kind of abandon the Maemo N900 users and the millions of owners of the outdated Symbian S3v5 platform), they have now got a real proof that the company may keep its promise: the leaked photos and rumors of the N9 – a high end smartphone running MeeGo.

The N9 looks very much like the E7 and the N8, with the same octagonal shape, aluminum body and external features. The phone will have an 8 megapixels camera, just like the E7, which is kind of a letdown for a flagship phone (the 12 megapixels Carl Zeiss from the N8 would be so much better, but at least it still has great HD video capabilities) and more importantly, the same 4 inch screen and QWERTY keyboard, both of which are very nice and really great to work with.

The main difference between the E7 and N9 is that the main piece of the phone, where the keyboard is located, does not have the two lips at the top and bottom, which is a weird decision, since they provide a good grip on the phone when it is open.

The performance should be expected to be on par with the other Windows Phone 7 and Android smartphones, as the N9 features the 1 GHz Snapdragon processor with 512 MB of RAM onboard. It would probably benefit from a faster CPU though, and maybe Nokia will implement one in the final release.

The resolution of the screen is also likely to change for the better, seeing as the N9 is supposed to be the flagship and it runs MeeGo, which sort of makes it a successor of the N900 that had a great 800×480 display. The E7 and N8 feature only a 640×360 unit, which is pretty noticeable at the 4 inch size.

Of course, the main attraction of the N9 is the MeeGo OS, which is still in its infancy, but has a great potential, and Nokia knows it. It can easily rival the Android and Windows Phone 7 operating systems in terms of looks, functionality, flexibility and ease of use (it is based on Linux after all). The interface reminds a lot of the iPhone and Android menus, and the special effects look pretty good from the demo videos, so the only thing left is to have the Ovi Store up to date with at least a few thousand apps, which should be easy to achieve with Nokia’s resources.

While I don’t think the N9 will become an instant success, a future MeeGo smartphone definitely could, after the OS matures and becomes better. I guess we’ll just have to wait and see!