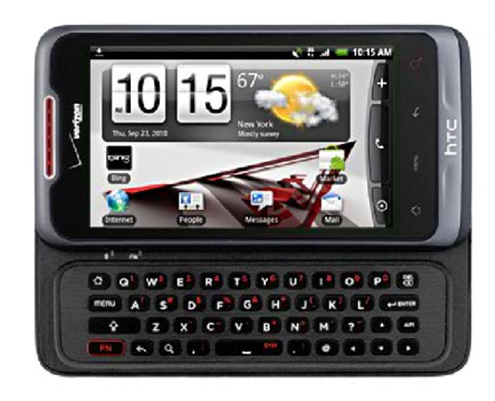 On February 25, 2011 HTC officially announced the release of the new HTC Merge CDMA Android phone that will hit U.S. markets in spring 2011. The HTC Merge features a full QWERTY slide out keyboard and is powered by Android 2.2. The smartphone has a 3.8P touch screen display and contains a five megapixel camera. This marks the first Android based CDMA world phone as well.

HTC Americas President Jason Mackenzie stated in an announcement, “HTC prides itself on creating unique solutions that meet the needs of different customers, and with features like a full keyboard and global 3G roaming, the HTC Merge smartphone is the perfect example of this commitment.”

Continuing, Jason Mackenzie spoke about the HTC Merge’s mobile capabilities and social media networking capabilities. “Combining the functionality of Android with the HTC Sense experience, the HTC Merge is the perfect device for those customers who are looking for a reliable mobile experience with the features and functionality of a smartphone, whether it’s at home or travelling around the world.”

The HTC Merge will have Exchange ActiveSync which will give users quick access to social media networking for activities such as photo sharing and communication. Exchange ActiveSync enables users to connect quickly with Flicker, Facebook, Twitter and updates will be continually provided through the HTC FriendStream.

Additionally, the HTC Merge will operate on Android 2.2. with dual mode CDMA/GSM functionality. It is unclear at this point which mobile telecommunications provider will offer the HTC Merge but it will be carried by multiple carriers.