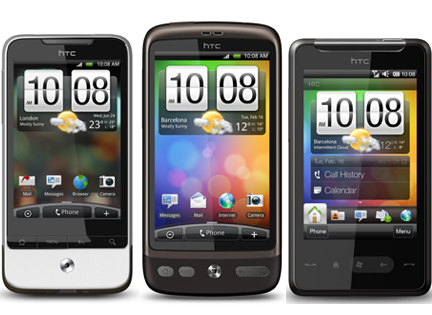 On February 15, 2011, HTC unveiled their two new Facebook enabled smartphones Salsa and ChaCha. News of the phones had been the subject of rumor sparking Internet buzz and searches. Today it was learned that the two new phones will have a Facebook key in the front that enables fast access to Facebook pages. The phones aren’t true Facebook phones however they do provide easy Facebook access. The HTC Salsa and HTC ChaCha are part of six new sense based smartphones that debuted at the Barcelona, Spain Mobile World Congress.

According to a press release issued today the HTC Salsa and HTC ChaCha smartphones make it simple to connect with your Facebook contacts. The phone will integrate all of your Facebook communications, such as messages and email, and will display them in you phone’s inbox. Head of Mobile Business for Facebook Henri Moissinac spoke about the new HTC phones, “We have worked closely with HTC for several years on bringing Facebook to their devices and HTC ChaCha and HTC Salsa are the next stage. HTC has brought Facebook to these two new devices in an innovative way enabling people to connect and share easily whenever they want, wherever they are.”