Trending
You are at:Home»Gadget News»Panasonic and ViewSonic demo their Android devices at CES 2011 – nobody is impressed
By Gadgetman on Feb 15, 2011 · Gadget News 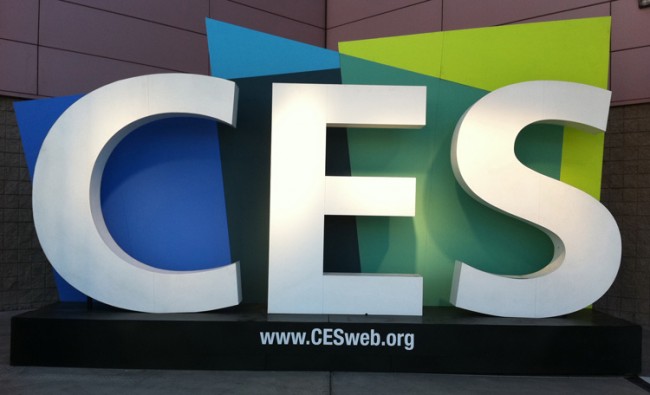 Ever since smartphones and tablets became billion dollar markets, a lot of companies wanted to get in on the fun. At CES 2011, we’ve seen that the trend continues, and the latest would-be contenders in the industry were Panasonic and ViewSonic, both of which are pretty big manufacturers of consumer electronics and computer equipment.

The Panasonic Viera tablets
Panasonic demonstrated two prototypes of their own Android tablets, a 7 inch and a 4 inch model, under the Viera brand, which most of us know by the pretty good line of LCD and plasma TVs. Frankly, everyone was pretty disappointed – the devices looked boring and pretty low quality, with the smaller one looking just like a cheap Chinese knock-off.

Everyone definitely expects more from such brands as Panasonic – just look at Toshiba, their 10 inch tablet prototype was met very well, and they have definitely thought everything through on the hardware, user base and marketing stand points. Aside from the external features and the software (Android 2.2 on both devices), there was no confirmation of what’s inside.

ViewSonic’s first Android smartphone
Viewsonic, on the other hand, totally dropped the ball with their 4 inch Android smartphone prototype. It seems like they put it up for views simply because they found it in their labs and had nothing else to do with it. The ViewPad 4 looks like a bigger, uglier and cheaper version of the HTC Diamond, if you remember that phone. Moreover, it was completely non-functional, which definitely proves my suspicion of why it was even presented.

It is supposed to be running the Android 2.2 OS, with the internal specs being somewhat cookie-cutter, among all the new low power and dual core CPUs: the ViewPad 4 is supposed to be equipped with a 1 GHz Snapdragon processor, 512 MB of RAM, a 5 megapixels camera on the back and a 0.3 megapixels one on the front, GPS, Bluetooth 2.1 EDR, Wifi N and 720p video recording – all the usual stuff you’ll find on any other smartphones, most of which are way better looking.

And it’s not like ViewSonic doesn’t have any experience with smartphones or tablets, either: they already have the bigger ViewPad 7 Android tablet on the market, and it looks and works very well (too bad few people know about it), plus they have a whole line of Windows 7 tablets. So, the final version of the ViewPad 4 will possibly (hopefully!) look nothing like the prototype.

Coming from Panasonic and Viewsonic, these prototypes are pretty much unforgivable and would be better off not demoed at all. They have some of the best computer monitors in the world, and Panasonic also has a great line of ruggedized professional laptops, while ViewSonic already has released and sold a lot of tablet PCs and Windows Mobile smartphones. They could’ve easily done a better job (again, look at Toshiba and Motorola with their first ever tablets), and we hope they will if these devices ever see the light of the conveyor.