Trending
You are at:Home»Gadget News»Past week’s top news in the mobile industry
By Gadgetman on Feb 14, 2011 · Gadget News 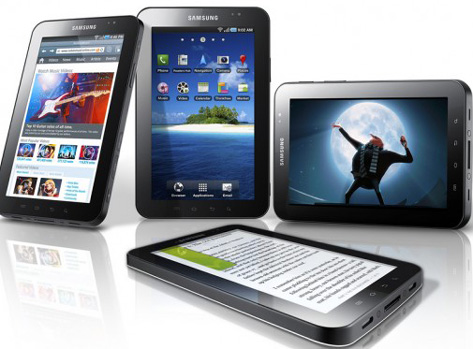 The mobile industry is very dynamic, with a lot of new stuff happening every day and even hour. It is quite difficult to keep up with all the news in the industry, but thankfully, we don’t have to, since only a select minority of all the stuff that happens actually matters and makes a difference that will last a while. With that in mind, here is a selection of the top news in the mobile industry for the past week.

Nokia dumps Symbian and MeeGo in favor of Windows 7 Phone

Nokia has just signed an agreement with Microsoft to use their new Windows 7 Phone OS on their new smartphone models, effectively abandoning Symbian and MeeGo (the latter didn’t even get a smartphone release). The Symbian OS will of course, still be active (it operates under the open source Symbian Foundation) and be on the market for a while – there are, after all, millions of handsets running the OS, but if Nokia uses the OS again in the future, it will most probably be on lower end handsets with limited resources. But Symbian hasn’t even managed to keep the market share Nokia had, and was overtaken by Android (which itself is just over 2 years old, much younger than Symbian) in December 2010 on the number of total smartphone sales.

The Windows 7 Phone OS is pretty successful judging by the number of developers onboard, but it definitely lacks a good customer base, and Nokia can easily fix that, being the largest phone manufacturer in the world and all, that’s why this project of their might actually work (but only if they release a good smartphone by the end of this year).

The Android marketplace is getting pretty huge right now, with over 100,000 apps available in any categories for any purpose. But one of the weirdest things about it was a lack of an online presence – the old Android Market site was pretty much useless, lacking search and only showing a few featured and top apps.

Now, Google fixed that with the new site, where users will be able to find all the apps that are available for Android, search and sort through them, download and buy them, read reviews, give ratings, share the links and much more. It’s like the iTunes and Zune marketplaces, now, and that’s a very good thing. I believe Android will greatly benefit from the new inflow of traffic.

Sony announces the PlayStation Suite and plans for the Store

The PlayStation Phone has finally been announced and demoed, but everyone was wondering how Sony would handle the games part for Android. Well, wonder no more, since Sony detailed it all in their recent PlayStation event in Tokyo. The plan is to have a certified PlayStation Suite for every game company, which would provide the means to create PlayStation-quality games for Android and run them on certified devices.

A PS Store will be launched where users will be able to find these games and download them to their Sony Ericsson phones. There will be about 50 initial game releases, and the demos were pretty high quality – better than most current games for Android, and I dare to say they’re even better than what you’d find on the iPhone 4!

LG is surely on a roll with their Optimus line of devices, and now they’ve added a tablet to the mix. The Optimus Pad is a unique (for now) tablet in that it has a 9 inch display, which makes it as good for any apps as the iPad and Xoom, while keeping it much more portable – it’s like a cross between the Xoom and the Galaxy Tab. Users who complained about the size of the Galaxy Tab and Xoom or iPad will now be able to get the best of both worlds.

Of course, it will run the Android OS, and will also have some very nice hardware: the Optimus Pad has the fast Tegra 2 chipset, with 1 GB of RAM and an undisclosed amount of internal memory – this should make it fast enough for any tasks. One of the most interesting features is, however, the dual 5 megapixels camera array on the back, which will be able to shoot 1080p videos in 3D! It’s pretty interesting how simple it is to add the feature, but unfortunately, you’ll need a 3D TV or glasses to watch the video you just took.

That’s about it for now! Stay tuned for more news and interesting stuff on this site – you can easily bookmark it or subscribe to the RSS feed for an easy way to access it whenever anything is posted.