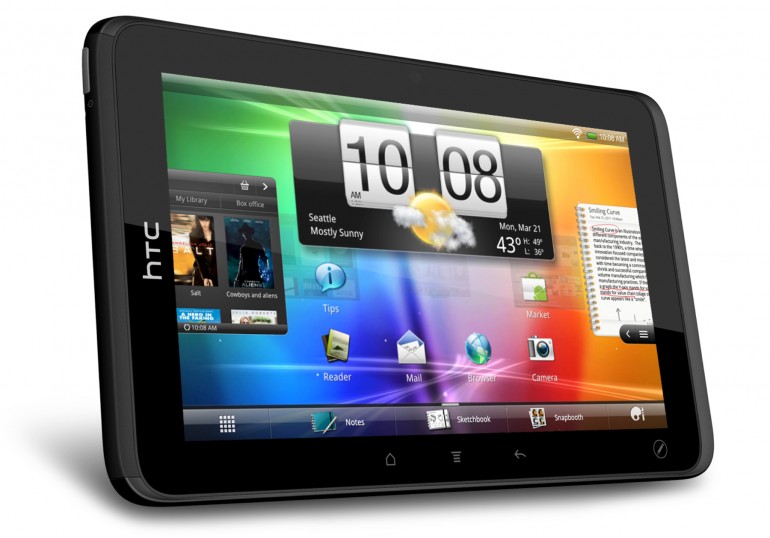 The CTIA Convention is off to a great start and as the event runs until March 24, 2011 there are plenty of newsworthy announcements made each day; take for instance the news from Sprint about their new HTC EVO View 4G tablet and the HTC EVO 3D; both are 4G devices.

Sprint announced the EVO 3D which not only features cutting edge 3D technology but the smartphone also operates on Google Android 2.3 or Gingerbread and boasts a 1.2 GHZ Qualcomm Snapdragon processor as well as 1GB Ram. The phone has 4GB internal memory and a front facing 1.3 megapixel camera along with a rear facing 5.0 megapixel camera that not only shoots video but can render 3D images as well. With a 4.3 inch display measuring 960 x 540, you’ll easily see your graphics and 3D images. An exact release date and price have not been announced but there is a good chance the EVO 3D may hit consumer markets this spring.

The tablet is based on Google Android and features a number of Google mobile services such as Gmail, Google Maps with Navigation, YouTube, Google Voice actions, and Google search. On the 4G network, you can access wiMax for lightning speed uploads and downloads. Users can choose to buy the HTC Scribe digital pen separately to add even greater capabilities to their tablet. HTC Scribe enables users to take notes with the pen as well as capture audio.

Other features include the integrated GPS system, Wi-Fi, 3G in addition to 4G, corporate email, Spring Zone, entertainment capabilities with media player, and Blockbuster on Demand. Keep your eye out for these two as they are sure to be in high demand.