Trending
You are at:Home»Gadget News»Android 2.3 Gingerbread for Samsung Galaxy S is oficially out in Europe
By Gadgetman on Apr 16, 2011 · Gadget News 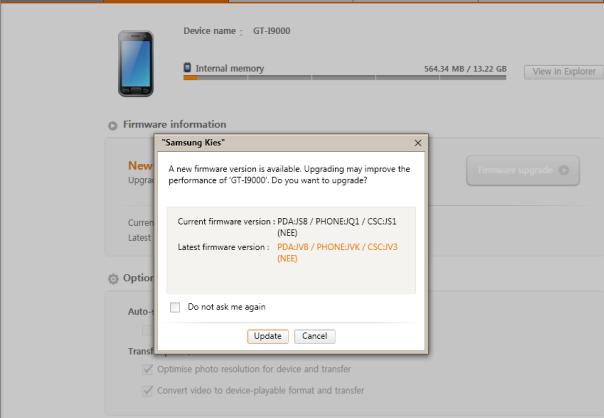 This update was spotted by xda-developers and users already reported successful updates with faster start up, very smooth UI no lag at all and better mobile reception as well.

The long time expected Android Gingerbread 2.3.3 update for Samsung Galaxy S is the latest available Android release for the Froyo based smartphones.

And Samsung Galaxy S is the first smartphone which will get this Android update and Gingerbread 2.3.3 update for HTC models like: Desire, Desire Z and HD will be released later this spring.

So, users from Nordic countries, Netherlands and Germany are the first ones who may try to load Kies and their Samsung Galaxy S devices may get the latest firmware update to more stable Android Gingerbread 2.3.3