Trending
You are at:Home»Gadget News»Discovery, Fox Channels Back to iPad App
By Gadgetman on Apr 24, 2011 · Gadget News 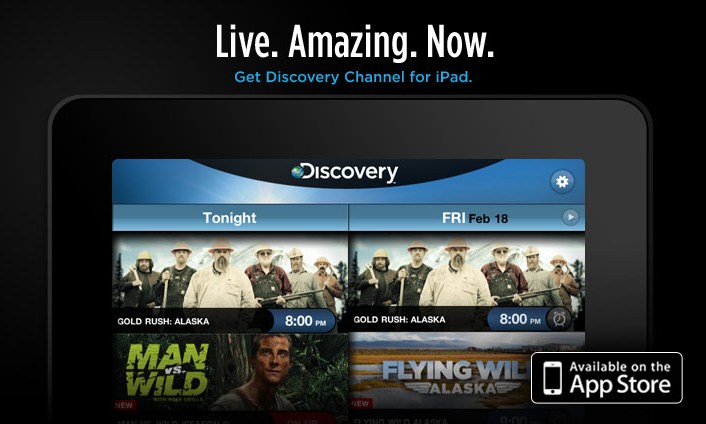 During March 2011 Time Warner removed removed channels from Viacom, Fox and Discovery which streamed live television to its iPad app. At the time the company’s official statement said it was merely focusing on the ‘enlightened programmers’ who supported its cause and that it would provide replacement channels.

It is currently unknown what had happened in the legal issues that initially led to the removal of the channels. Currently, all the companies involved had taken a decision to remain num on the issue.

What we do know is that we will soon be seeing who will be suing who, but for now, users are free to enjoy the channels brought back to the app until that time.