Trending
You are at:Home»Gadget News»HTC Incredible S to hit markets on April 28, says report
By Gadgetman on Apr 15, 2011 · Gadget News 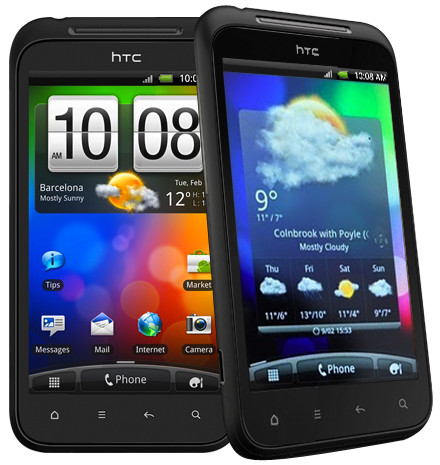 The highly anticipated HTC Incredible S smartphone should hit markets on April 28, 2011 according to a leaked report. Also known as the HTC Droid Incredible 2, the smartphone is highly anticipated by many users as it boasts some pretty incredible features, including a front facing 1.3 megapixel camera for video conferencing and an eight megapixel rear facing color camera with auto focus and LED flash for crystal clear snapshots. The smartphone records 720p HD video as well. The HTC Incredible S is based on Android combined with HTC Sense.

There is no definite price on the HTC Incredible S upgrade but sources say it may cost approximately $200.00. The HTC Incredible S features 1.1 GB of internal phone storage and 768 MB RAM, though these numbers are subject to individual users’ configuration settings. Also included is a microSD memory card slot that is SD 2.0 compatible. Operating on a 3G network, the HTC Incredible S will feature up to 14.4 Mbps download speed and up to 5.76 Mbps upload speed.

Early reports indicate that that Incredible S would be a world phone as it would feature both CDM and GSM support enabling it for use in more than two hundred countries. It will also feature a 1GHz CPU giving the phone lightning speed and the ability to perform tasks quickly and easily.
The HTC Incredible S will be sold through Verizon Wireless.