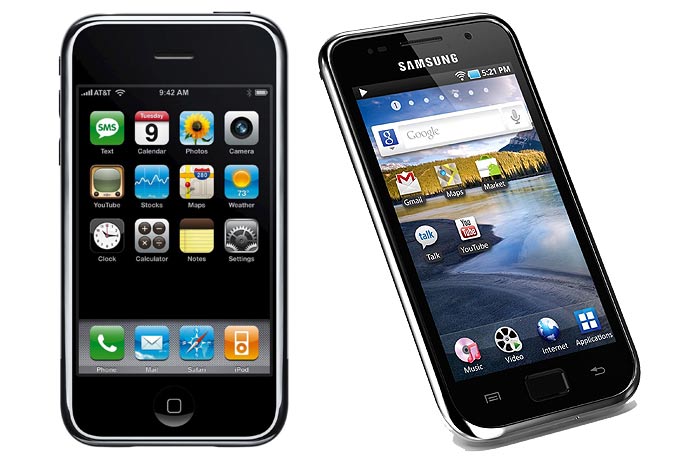 “Samsung is responding actively to the legal action taken against us in order to protect our intellectual property and to ensure our continued innovation and growth in the mobile communications business.”

What makes the legal fight more challenging, however, is that Apple is Samsung’s largest client as Apple uses many of Samsung’s chips and LCD Displays in their own products. As Samsung filed five claims of infringement, Apple filed sixteen claims against Samsung on Friday, April 15, 2011.

There is no doubt that to the average consumer, Samsung’s latest line of Galaxy phones bear a striking resemblance to the iPhone and Apple also accuses Samsung of copying the patent design on their iPad as well. An analyst for Daewoo Securities, James Song, spoke with Reuters about the latest legal issues,” Apple is quite annoyed by Samsung’s fast rise in a market which it virtually created. It’s quite threatening to see how quickly Samsung plays catch-up, and Apple might have felt a strong urge to put a brake on its march just when Samsung is set to roll out a new smartphone in May ahead of its new iPhone.”