Trending
You are at:Home»Gadget News»The Gingerbread update for HTC Thunderbolt 4G set before the end of Q2?
By Gadgetman on Apr 11, 2011 · Gadget News 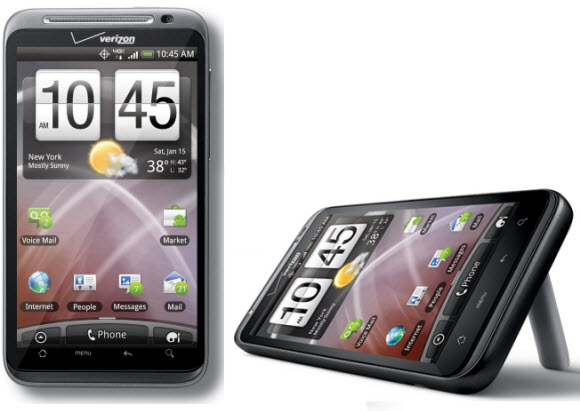 HTC decided include Gingerbread update for Verizon Thunderbolt 4G before the end of Q2 says UnwiredView.
Even Android Gingerbread 2.3 has been released more than 4 months ago, majority of Android based smartphones still have Android 2.2 Froyo or even older
versions of the OS.

There are not many differences between two version of Android OS, however there are a lot of improvements and new features included in Gingerbread, like speed improvement and Wi-Fi hotspot feature. Although, Android 2.2 Froyo was a stable but minor release with two revisions and Gingerbread is a major release with considerable amount of new features, new UI themes and application widgets.

So, UnwiredView mentioned unofficial confirmation that both HTC Thunderbolt 4G ang Sprint’s HTC Evo 4G will get new Android Gingerbread before the end of the Q2, means, end of June. That rumor based on reply, which was sent by HTC to one of the readers of TalkAndroid.