Trending
You are at:Home»Apps»The greatest games that work on Mac OS X: user opinion
By Gadgetman on Apr 18, 2011 · Apps 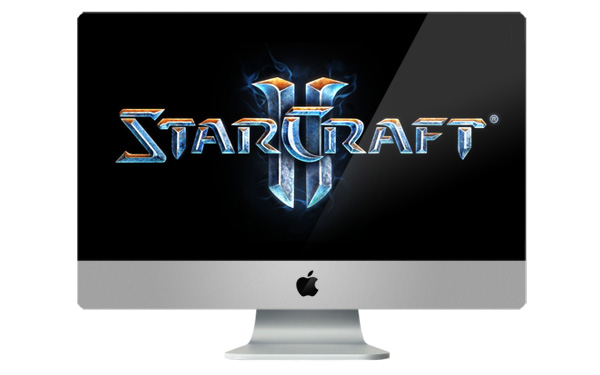 Almost every single Windows fan will tell you that you can’t play games on your Mac and probably laugh at you :-). But times have changed considerably since the old PowerPC days, and now that Mac are using the same processors as Windows PCs, it is extremely easy to make games work on them as well. And of course, a lot of game companies are porting their best games to this platform. If you didn’t know, there are over 100 great game titles which you can play on your Mac without any problems, and below you’ll find just a few of the best:

Star Wars – Empire at War. Empire at War was (and still is) one of the most successful games from the Star Wars series. It is a space strategy and real time combat game where you must use your resources to defeat the opposing side (the Empire, Rebellion and/or Pirates, depending on which side you are). Along with the usual units like spaceships, fighters, tanks and troopers that you can build on the planets you control, there are also special units with unique capabilities (kind of like heroes in other RPGs). If you have a Mac and want to play a good RPG/RTS game – this one is a must!

Call of Duty 4 – Modern Warfare. One of the most popular First Person Shooters for the Xbox, PlayStation, Nintendo Wii and DS and PCs, Modern Warfare was the start of a whole new era of real time war games. While most of the previous games (including the Call of Duty series) focused on previous conflicts (mostly World War 1 and 2), Call of Duty 4 puts the player right in the middle of a conflict with the Middle East. The setting, technology, tactics have all been reworked and are closer to real modern conflicts (of course, with more gun fights) than any previous games. Modern Warfare is available as native software for Mac, so if you still haven’t played it, you should do it as soon as possible.

StarCraft 2: Wings of Liberty. Another game to have a native version for Mac OS, StarCraft 2 is the much awaited sequel to the amazing StarCraft strategy game, which is still played by millions of people around the world. Everything in the game has been updated, with special attention being paid to graphics, sound and in-game physics, which are now among the best in the industry, and the new single player story that focuses on the Terrans will keep you enthralled from the first second right up until the ending.

Dragon Age: Origins. Dragon Age: Origins is an amazing fantasy RPG from BioWare, and unlike the other critically acclaimed RPG from the company, Mass Effect, this one is available for the Mac, and it’s practically a must have for anyone who’s into fantasy and/or RPG games. BioWare has created a whole new universe as the setting for the story, and the gameplay, video and audio effects and most importantly, the character interaction will keep you glued to the screen throughout the whole campaign, so be sure you have a few days at least to spare before installing the game :-)!

Sid Meyer’s Civilization V. If you prefer slow, turn by turn gameplays that require a lot of strategic thinking, there’s no better game for you than Civilization. From the first game to the latest 5th installment, this game has provided its fans with an amazing gameplay and a lot of fun. The immersive world lets you build your own empire, and gives you a lot of freedom of choice when it comes to dealing with day to day issues or your enemies alike.

As you can see, Mac OS computers aren’t as bad at gaming as most people think. More and more companies release native versions for them and there are a lot of other ways you can play Windows native games, as well, including Bootcamp or a virtualization software like VMware Fusion. Be sure to check out the above games if you have a Mac!