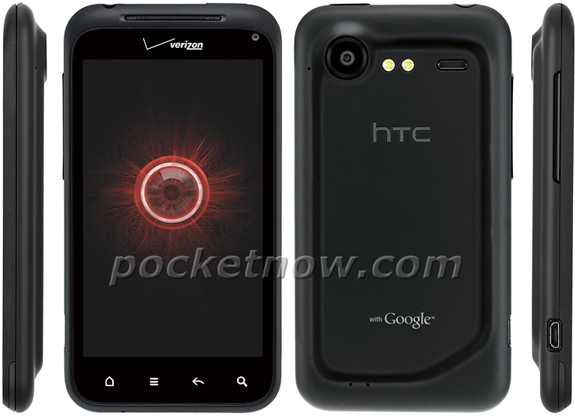 Verizon’s HTC Incredible 2 press shots revealed and it looks like it’s actual release will be announced soon. According to Pocketnow, the leaked last month purported roadmap is a strong evidence of possible official release of this smartphone by the end of the April.

The question is even the HTC Incredible 2 looks like rebranded Incredible S will it go branded as Droid Incredible 2, especially if this new device has the same Red Eye as all previous Droid branded phones? Only official release will answer that question and we may expect an official announcement any week this month.