Trending
You are at:Home»Gadget News»Your Next PlayBook Could Run Android 3.0
By Gadgetman on Apr 26, 2011 · Gadget News 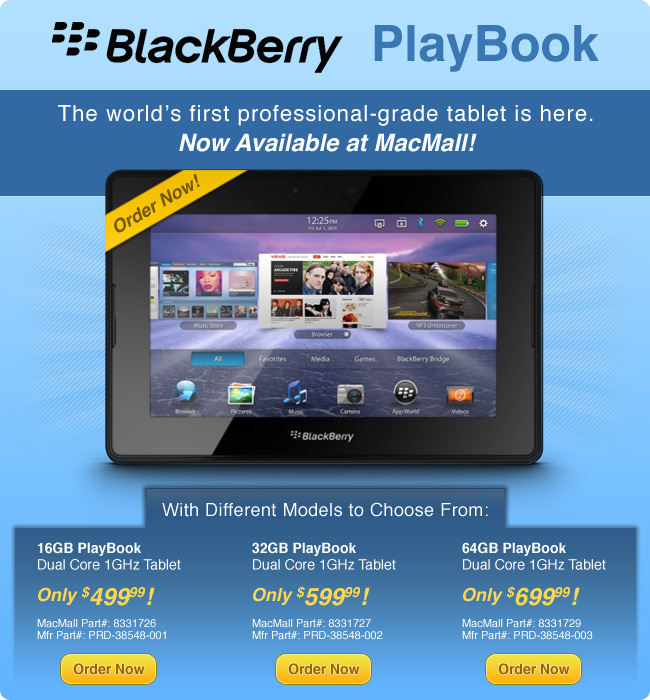 The image in the advertisement clearly shows a BlackBerry PlayBook showcasing Google’s Honeycomb operating system on the device. The advertisement can also be viewed on MacMall’s official website.

The price for the Honeycomb-driven PlayBook starts at $499.99 for an entry-level 16GB model.

If you are interested in purchasing your PlayBook, we recommend that you jump to this opportunity. No information was provided on the number of models available with the online retailer.