Trending
You are at:Home»Apps»2Player for Android offers great DLNA support – Review
By Gadgetman on May 15, 2011 · Apps

2Player is a useful application allowing users to play to, play from and download from network music devices. The application is a full-featured music player for Android that also acts as a remote control for DLNA and UPnP device on a users’ home network.

Users can also play music from a Windows 7 “My Music” collection directly on their smartphone or simply play music on a phone on a DLNA television. Users can also access music remotely from a media server to an Xbox 360.

2Player has a set of useful features, amongst which the following:

Libraries are simple to navigate and can even be used by the most technological-challenged users.

We found the application to be responsive and fast in general when using it.

Although easy to use, we were not quite impressed with the user interface, as fonts appeared large and scrollable areas too small. We think there is quite some room for improvement on the graphical UI of the application.

Another setback we noticed was the fact that the status notification would not clear when not in use or out of range of a device.

In the End…
The application works well for its designed purposes. We experienced very few bugs while testing the application and it may be well worth the effort installing the app on your Android device – that is if you have access to DLNA-enabled devices. 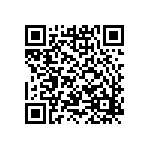