Trending
You are at:Home»Gadget News»AMD Announce New Embedded G-Series APUs
By Gadgetman on May 24, 2011 · Gadget News 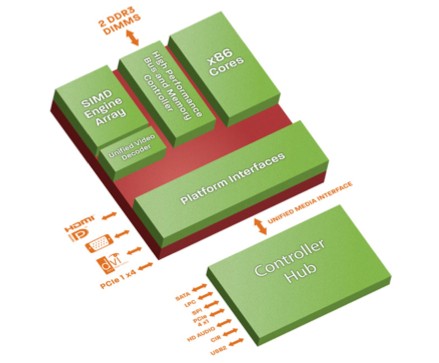 AMD just announced the launch of two new additions to its line of Embedded G-Series APUs, combining Fusion-based processing with reduced power consumption. The new T40E and T40R boasts with the same 64-bit and x86 Bobcat CPU cores and DirectX 11-capable GPUs found in previous chips in the G-Series. However, the company said that the new pair can operate using 39% less power.

The two applications have been designed for compact fanless systems, which include kiosks and mobile industrial devices.