Trending
You are at:Home»Gadget News»Fujitsu Looks F-07c Now Official
By Gadgetman on May 16, 2011 · Gadget News 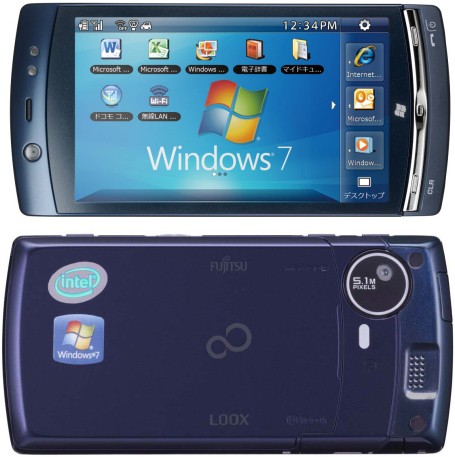 To many who read about the rumors, this may indeed come as a shock – The dual-booting booting Fujitsu Loox F-07C turns out to be legitimate!

According to a preliminary specifications sheet from NTT DoCoMo, this 7.69-ounce landscape slider is in a position to handle both Symbian and Windows 7 with its 4-inch 1024 x 600 LCD, along with a 1.25GHz Intel Atom processor, 1GB of LPDDR400 RAM, 802.11 b/g/n WiFi, 32GB of eMMC disk space and expandable memory via microSDHC.

The device also boasts with a 5-megapixel autofocus camera with face recognition at the back of the device, coupled by a VGA front-facing camera.

The phone also consists of an HDMI-out via a USB adapter.

It is expected that the device will launch around June or July and may go on retail at price of $860.