Trending
You are at:Home»Gadget News»Globalscale Announce D2 Plug
By Gadgetman on May 16, 2011 · Gadget News 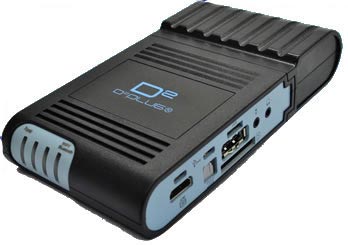 It will not replace your current desktop PC right away, but Globalscale’s latest plug computer, the D2 Plug, does offer users a number of desktop-like traits!