Trending
You are at:Home»Gadget News»i3D App Brings Glasses-Free 3D to iOS
By Gadgetman on May 24, 2011 · Gadget News 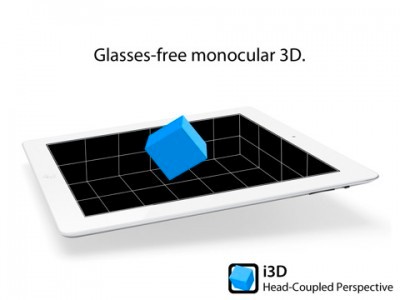 According to the company, HCP uses a front-facing camera to track the movements of a user’s head, allowing the app to adjust the display accordingly. The result is a monocular 3D screen that creates the illusion of looking into a box.

For those who remember back to Google I/O, Google also announced a similar technology for its Ice Cream Sandwich.

Th i3D app is now available at no costs at the Apple App store and runs on the iPad 2, iPhone 4 and fourth-generation iPod Touch devices.