Trending
You are at:Home»Gadget News»New MeeGo 1.2 Update not Suitable for Mobile Phones
By Gadgetman on May 21, 2011 · Gadget News 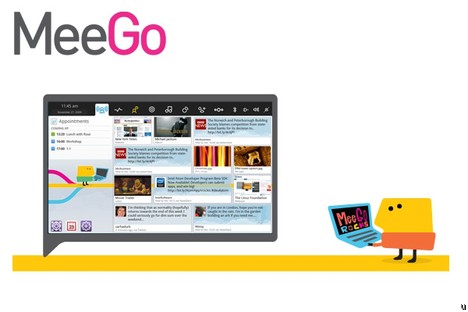 As many users may have thought that MeeGo OS has died, we were all surprised by the announcement of the new MeeGo 1.2 updated version of the operating system.

The new version of the OS included improved Atom support and bug fixes. It also featured new audio and networking for A2DP streaming and HSPA+ support. MeeGo 1.2 was released with the aim on tablets and to complement the standard netbook version and the in-car interface.

Unfortunately, the smartphone version has been left out of this new updated version.

This has left us wondering what this means to those eager to get their hands on new mobile devices operated by MeeGo!

Those interested in downloading the latest version of MeeGo can do so by visiting: https://meego.com/community/blogs/imad/2011/meego-1.2-release