Trending
You are at:Home»Gadget News»New Playboy App Provide Access to Playboy Archives
By Gadgetman on May 19, 2011 · Gadget News 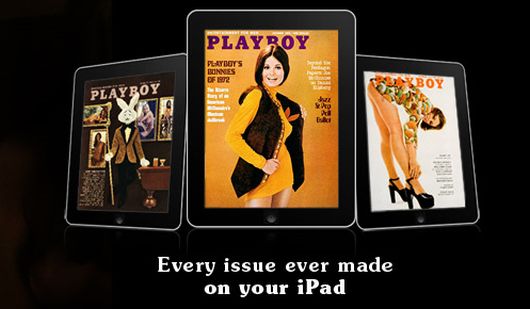 Back in January 2011 it was announced that the Playboy magazine would be coming to the iPad. The announcement of the application came as a big surprise to many PlayBoy fans. The time has come and the application is available as from today, containing all back issues of the magazine for the last 50 years at a subscription fee of $8 per month.

The Playboy application was released back in March 2011, but it since disappeared from the App Store. We suspect the removal has been due to Apple’s restriction on adult content.

As from today, the application can be accessed at Playboy official site.