Trending
You are at:Home»Gadget News»Samsung App Store Pass 5 Million Downloads for TV Sets
By Gadgetman on May 23, 2011 · Gadget News 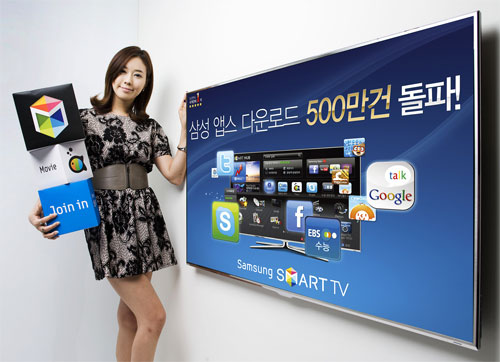 The Samsung App Store, the first of its kind for television sets, has just passed the 5 million download mark, according to the company. The store was launched in February 2010 and reached the 1 millionth download mark only in December in 2010.

The company said in a statement that the most downloaded apps are Youtube, Google Maps, AccuWeather and Vimeo. There are currently around 550 applications, which have been designed especially for viewing on a television set.

According to Samsung, the apps are the entry point for consumers to discover other experiences on their television sets, such as gaming and social networking.

Back in March, the company announced that more than 100 million apps have been downloaded for both televisions and mobile devices combined from their App Store.