Trending
You are at:Home»Gadget News»Toshiba Thrive Goes Up for Pre-Order at J&R
By Gadgetman on May 23, 2011 · Gadget News 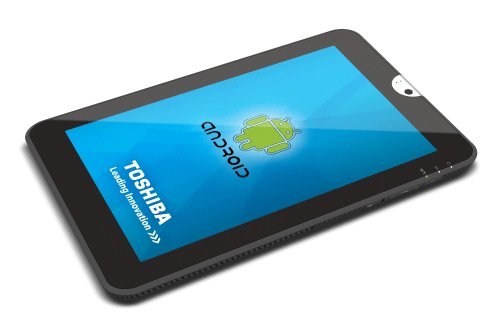 Since Toshiba unveiled its new tablet at the CES back in January, we were left in the dark by the company on the device. Since the announcement we have seen a lot of naming confusion and rumors doing the rounds, but since the company filed a trademark for “Thrive” earlier, it became quite clear that this may indeed be the name the company intended for the device.

This now seems to be confirmed by a listing on J&R, according to TabletMarket.org, which listed the device as “Coming Soon”. The retailer has an 8GB and 32GB version of the Thrive tablet up for pre-order at $449 and $579, respectively.

According to the listing, the device consists of a 10.1-inch screen, an NVIDIA Tegra 2 processor, 1GB of RAM, WiFi connectivity, a 5-megapixel camera at the back of the device, as well as a 2-megapixel front-facing camera. It also consists of an SD card slot, HDMI, USB and more.

An exact date for the release of the device has not been mentioned by the company.