Trending
You are at:Home»Gadget News»ViewSonic 7x Shrinks Honeycomb to 7 Inches
By Gadgetman on May 12, 2011 · Gadget News 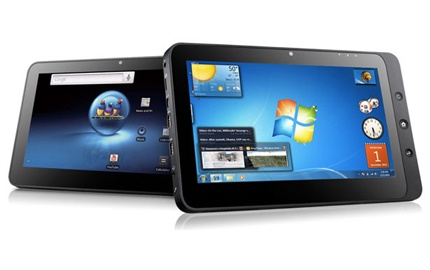 It appears that ViewSonic may finally be digging its Android tablets out of the Froyo grave and upgrading them to Honeycomb. Furthermore, they will be the first company to market a 7-inch slate with Honeycomb as operating system.

According to information received, the new 7x will pack WiFi, HSPA+ as well as an HDMI port. The device will weigh a mere 0.84 pounds.

There has been no word on the pricing of the 7x, but rumors have it that the tablet will hit the shelves in June.