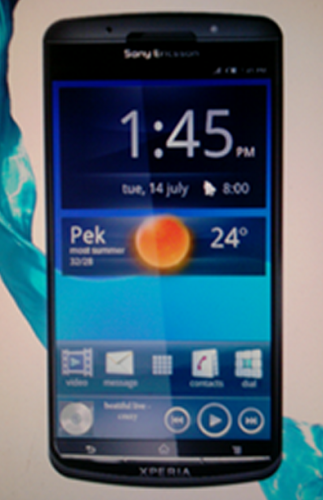 A new image has surfaced in tech circles, which purportedly shows off the yet-to-be-announced Sony Ericsson Xperia Duo, which may or may not be the company’s first dual-core mobile phone.

Looking at the image, one would agree that it bears some resemblance to the Xperia Arc, with a large, edge-to-edge display. The user interface also appears quite different from that we have seen on other Sony Ericsson devices. There also appears to be a weather widget and media player controls under the dock.

This is still only a single image that surfaced, so one could only speculate as to what the device would be, that is until we get more information on the device.