Trending
You are at:Home»Gadget News»HP TouchPad May Not Support Document Editing
By Gadgetman on Jun 20, 2011 · Gadget News 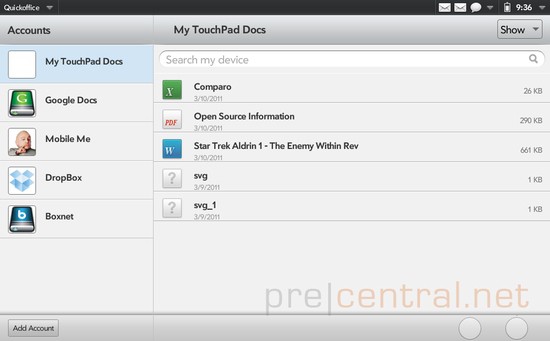 The WebOS fans over at PreCentral have recently announced that they have received a tip-off that HP’s new TouchPad tablet will not be able to edit Office documents, out of the box.

Although this is still only a rumor, HP has previously gone through great lengths over the inclusion of the QuickOffice app, but the company never actually demoed a document being edited.

The same person who provided the tip-off, however, stated that some editing capabilities will be introduced in an update in the 3rd Quarter of this year.

We truly hope that the tip-off may be wrong about the facts, as the lack of editing Office documents will be quite a big setback to many users.