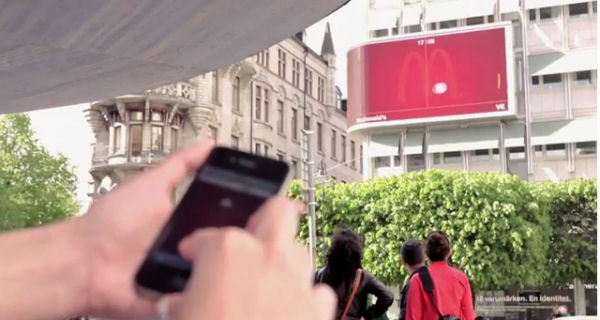 Advertising appears to have matured to a new level of consumer interactive technology when one take a look at a new advertising billboard in Sweden, which was recently launched by MacDonalds.

With this new interactive advertising billboard, users make use of their iPhone handsets to play a digital game of Pong on the billboard. If you successfully manage to fend off the billboard’s attacks for about half a minute, you will be awarded a coupon, which can be used to buy something at the MacDonalds.

With the new advertising billboard, users do not need to download any apps. They simply enter a URL in the device’s browser, while the GPS function of the handset will confirm that they are indeed in the vicinity of the billboard. Once confirmed, users can start playing for their next meal!

Below is a video showing off the new billboard.