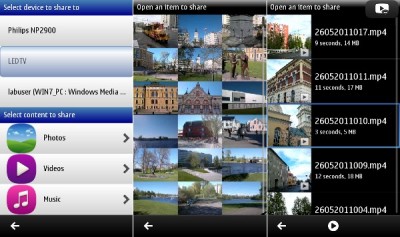 We all know the frustration caused by having to walk around with HDMI or TV output cables when we need to display content from our Nokia mobile device onto a television screen. Well, the company has just came up with a solution. Nokia has announced the release of its new Nokia Play To app, which gives Nokia handsets new DLNA capabilities.

Nokia mobile device users will now be able to share content from their mobile devices, wirelessly to other DLNA-enabled devices, such as television sets.

Using the new application is a simple affair, and as easy as connecting to the same network as the other DLNA-enabled device and then running the app.