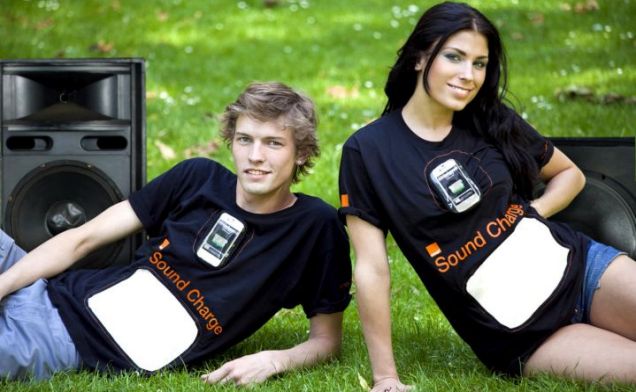 Orange UK has been known for some time of coming up with strange ways users can charge their mobile phones while attending the Glastonbury Festival every year. This year, again will be no different.

This time around the company unveiled a T-shirt that generates an electric charge from the sound around it. Not a lot of technical detail has been provided, other than the fact that piezoelectrics and the absorption of vibrations are involved.

We also suspect that these shirts may be more of use to those finding themselves close to center stage.

Well, after attending the show we don’t think that users may have a lot of use for this unstylish garment, but it may become handy later when cleaning the house!