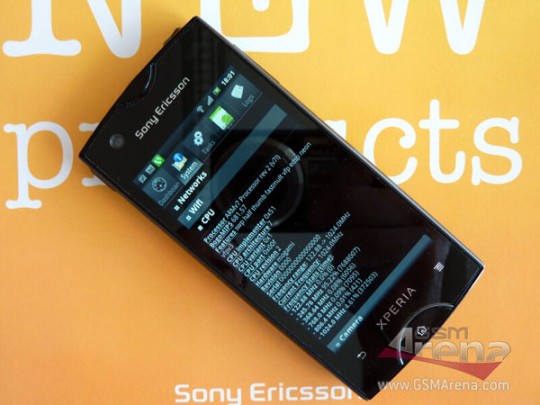 Some time ago rumors surfaced on the Web on an upcoming Sony Ericsson Smartphone, the ST18i. The device was also codenamed Urushi. Well, now it appears the device is back on the rumor stage again.

The ST18i Urushi is rumored to be running on a 1GHz ARM processor with an Adreno 205 GPU. Those familiar with SOCs will know that the device will have a single core Snapdragon under the hood. Sony will also add only a mere 335MB of RAM to the device, which is only about enough for basic use.

The ST18i is will also run on Google’s Gingerbread operating system and consists of a small 854 x 480, 3.2-inch screen.

More information on the upcoming device can be found at GSM Arena where the device surfaced again.