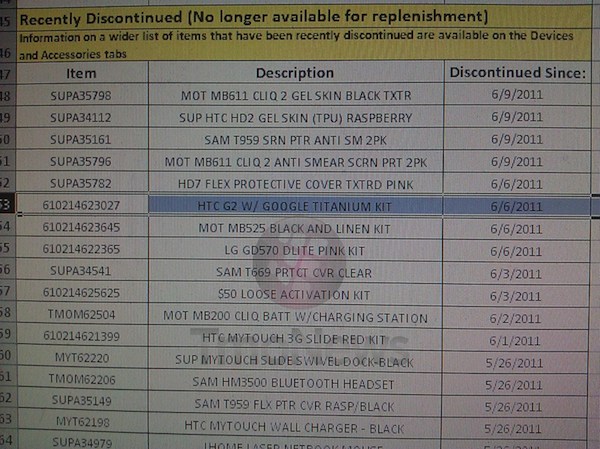 Rumors have been doing the rounds for some time that the T-Mobile G2 will be discontinued, but not much attention has been paid to them. Now, these rumors may rest in peace and the same for the T-Mobile G2.

One reason for this move by T-Mobile could be the fact that the company may be making room in its QWERTY slider lineup for new devices like the MyTouch 4G Slide.