Trending
You are at:Home»Gadget News»VodaFone to Release its Own FaceBook Phone?
By Gadgetman on Jun 7, 2011 · Gadget News 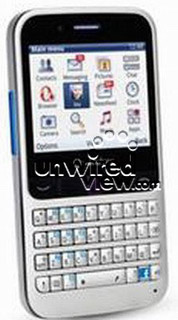 Rumors have flared up on the Internet that VodaFone may be launching its own FaceBook phone in bringing mobile social networking to those on a tight budget.

The leaked images, circulated on the Web, of the device almost look similar to the HTC ChaCha, and it comes with a QWERTY keyboard and silver chassis.

The device also comes with a dedicated FaceBook key.

The rumors were leaked by Unwired View, which claims that they only received a small photo of the device, which does not appear to consist of any VodaFone branding.

The rumors also suggested that the device may not run on Android or any other smartphone operating system.