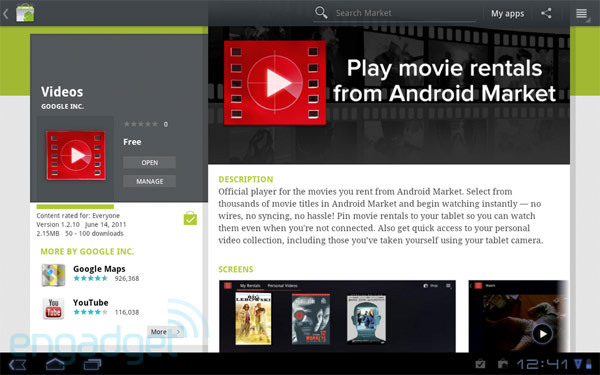 According to a report on Engadget, a number of e-mails from users claimed that they are able to download Google Movies from the Android Market making use of their Wi-Fi-only Xoom tablets. Some users, however, stated that they have experienced technical problems when trying to make use of the actual service.

The majority of users reporting the new service, however, claimed that they have experienced no problems at all, so it seems that Google may still be sorting out some hiccups on a few of its servers.

If you are a Wi-Fi Xoom tablet owner, head over to the Android Market and grab your movies for this upcoming weekend!