Trending
You are at:Home»Laptop Reviews»Dell Latitude XT3 – this is the tablet real business professionals need
By Gadgetman on Aug 31, 2011 · Laptop Reviews 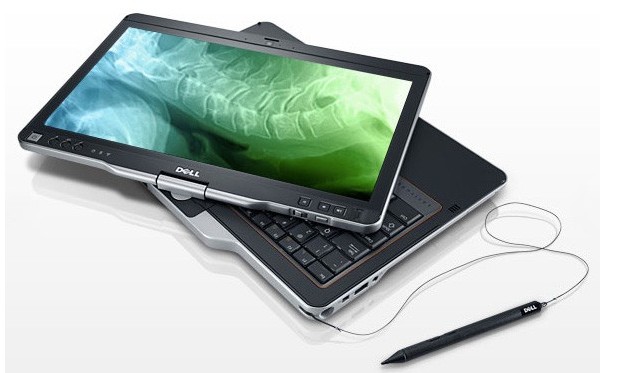 Ever since the iPad was released, both consumers and computer manufacturers started going crazy for the new market, with the former buying everything the latter released and looking for more. The new craze are slim devices with an ultra-low power consumption level, a touch screen, a cut-down OS that performs only the most basic functions (compared to a full OS like Windows or Mac OS X) and is very easy to use – that’s supposed to be everything a modern user needs.

But touch screen enabled devices existed long before the iPad – they were called convertibles or slates, with the former being more interesting and versatile due to the presence of a full keyboard. And thankfully, manufacturers still see a market for them in the enterprise and business sectors, so they haven’t really gone anywhere – HP is known for their quality convertible laptops, as is Dell. One of the latest additions to this niche is the Dell XT3 – an amazing tablet in all aspects and a great successor to the first two XT models.

The outside of the XT3 looks very nice – it has a full magnesium alloy housing, with a brushed aluminum cover, which makes it durable as well – I have no doubt this thing will last for more than a couple of years. Around the keyboard there’s an orange finish, which stands out quite a lot considering the overall gray and black color and reminds of the Precision Covet laptops, which are the most high-specced in Dell’s line.

The device has a 13.3 inches capacitive touch screen, which is an improvement over the 12.1 inches display on the first two XT models (obviously Dell is listening to the customer, as a lot of XT 2 users wanted a slightly bigger screen to go with the improved performance).

Probably the biggest change, however, is on the inside: despite the relatively small size of 12.7 x 1.2 x 8.7 inches and 4.46 pounds weight (that is including the six cell battery, which can last up to six hours), the performance is closer to that of a high-end laptop than a tablet – this little monster comes equipped with a Sandy Bridge Core i3, i5 or i7 dual core processor and two slots for DDR3 memory (for a total maximum of 8 or even 16 GB of RAM). The i7 configuration, for example, shouldn’t have any problems rendering videos in After Effects for processing huge AutoCAD files.

The video card, however, is Intel’s HD Graphics 3000 (which is integrated on the processor itself) – although it is more powerful than the 4500 MHD, for example, it has quite a way to go before it reaches the level of a discrete solution from Nvidia or ATI. The first 2 XT tablets had the same problem of an underpowered GPU, but thankfully the HD 3000 can handle much more than the GMA 950 or X3100, so there won’t be any annoying problems like stuttering in Windows 7 Aero, and you can even play some of the older games.

Despite the many problems on the previous models, Dell decided to use the N-Trig digitizer again on the XT3. Technically it is not a bad digitizer, however the software is not really up to the task, even though the latest versions are much better than the first. Let’s hope that the XT3 fixes the issues on the XT2. Otherwise, the N-Trig digitizer has everything for everyone, from pressure sensitivity to the ability to be used with your fingers as well as the stylus.

Buyers will have a choice between the mechanical 320 GB hard drive and the 256 GB SSD, with the latter being the better choice for the best performance. Obviously, the XT3 has all the conductivity options that you would expect from a laptop or a tablet. There’s the usual Gigabit Ethernet, Wi-Fi N, Bluetooth 3.0, HDMI and VGA out ports, smart cards and fingerprint readers, and even mobile broadband and GPS options.

As with other Dell laptops, you’ve got the option of the bigger nine cell battery, which actually looks very nice and is not as intrusive as the extended battery from other manufacturers (even HP, with their slice battery), and should last quite a while longer than the standard six cell battery.

Of course, the price is much higher than any tablet, with the XT3 starting at a nice $2100 – you can even buy a high-end workstation like the HP 8760W or Dell’s own Precision M6600 – but I suppose Dell thinks the portability is worth it. I think if you have the money and need a better life and very powerful laptop/tablet hybrid, the XT3 can be an excellent choice.