Trending
You are at:Home»Laptop Reviews»HP Elitebook 8×60 series – the laptop workstations that can replace any desktop
By Gadgetman on Aug 25, 2011 · Laptop Reviews 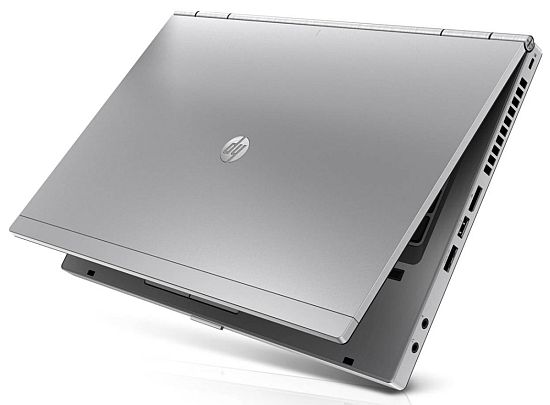 HP’s Elitebook line of business laptops has enjoyed a pretty long history of good reviews from most users, thanks to their superb build quality, powerful specs and great business support (which is separate from the abysmal customer support for their consumer Pavilion line).

The Elitebook has become an excellent choice over the other two main competitors, Lenovo’s ThinkPad and Dell’s Precision, especially when the former started to lose points in build quality (even their famous keyboard was affected) and the latter was full of bugs and improperly implemented features (like the fingerprint scanner that needs Dell’s custom software to run and therefore does not conform to most government or corporate specifications).

And now, HP has released the next generation of Elitebooks – the 8×60 series, which are a worthy successor to the 8×40’s (not sure why they skipped the 50 number, though).

The new lineup brings a new, from grounds up redesign of the housing – after three generations of about the same design, the new laptops look either repulsive or very attractive. I really liked the classic yet modern lines and finish of the 8530w and 8540w, and the new “retro” look stirs somewhat mixed feelings – the hinge looks nice, but the overall design seems simply ugly. However, it’s really the thickness that gets a lot of people: with the previous models, HP was going for the slim design, while this time they just said “ah, forget it” and made the laptops a full half inch thicker than before – the 17 inch 8760w looks pretty normal, but for a 15 and 14 inch models, the 8560 and 8460 are too thick (and heavy).

I suppose part of the reason are the new quad core Sandy Bridge processors and NVidia Quadro cards, both of which consume more power and specifically generate more heat than the previous generation, but still, the design could’ve benefited from some more work.

Regardless of that, the performance of the machines is definitely not affected: the above mentioned hardware makes them some of the fastest laptops on the planet, which can easily replace a desktop computer in almost any line of work. You can edit movies in Vegas, render compositions in After Effects, mix audio/video in real time, play the latest games (in your spare time) and do anything else even on the basic quad core models – I don’t even have to tell you what the upper level ones with Extreme processors can do!

The battery life does take a hit, though: the 8560 and 8460 models equipped with a quad core can only last 3-4 hours tops in simple tasks like Web browsing and document editing, with the time going to 1-2 hours for more resource intensive tasks. There’s no discussion about the 8760 – this 17.3 inch monster eats through the battery in 1-2 hours regardless of what you’re doing – if it’s not the processor, it’s the display.

Speaking of which, the Elitebooks are the best choice if you simply need to have the best display on the market – HP’s DreamColor IPS 10 bit LCDs have been the best panels since they first appeared on the 8730, and there’s still no better option out there if you need excellent colors, brightness, contrast and viewing angles – and no, RGBLED displays like on the Precision M6500/M6600 don’t even compare. Of course, you’ll have to pay a premium, but having this option even on a 15 inch laptop makes it totally worth it.

The Elitebook 8×60 series of laptops are already available online and pre-built in stores, starting from $1400 – a cheap price to pay for the ultimate business machine – even if you’re a consumer and want a new laptop for your personal use, once you go Elitebook, you can never go back!