Trending
You are at:Home»Gadget News»BlackBerry Makes a Stand in the UK
By Gadgetman on Sep 5, 2011 · Gadget News 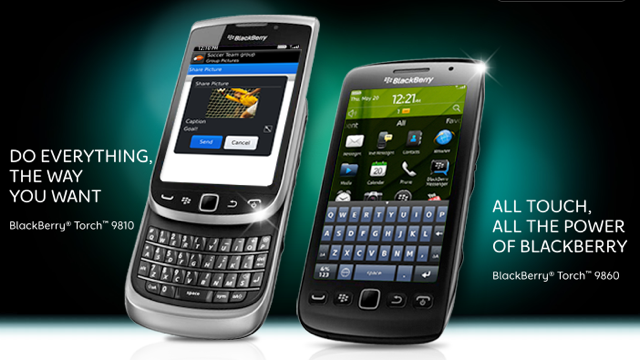 While the global market may be turning its back on RIM and BlackBerry, which recently reported losing a good sized market share in America while its two biggest rivals – Apple and Android – made large increases, the UK market continues to rally around the bleeding brand. A new report released by Kantar Worldpanel ComTech has revealed that BlackBerry’s increased sales in the UK have given it a whopping 22.3% of the British market.

By comparison, Apple came in slightly behind BlackBerry with 18.3% market share while Android was the clear-cut winner with 45.2%.

This is in stark contrast to the rest of the world, and specifically the United States, where Apple increased users from 17 to 20 million people, Android went from 22.8 to 29 million users, and BlackBerry dropped from 20 to 19 million.

Not surprisingly, many in the UK who have recently made the switch to BlackBerry have indicated that they are coming from a normal mobile phone (read: not a smartphone) to the RIM platform, signalling the view held of BlackBerry as an introductory smartphone.

“Our data shows that most first-time smartphone owners look for lower prices. BlackBerry’s competitive pricing allows younger consumers to switch to a smartphone device at a price they can afford,” explained Dominic Sunnebo, Director of Kantar Worldpanel ComTech.

This may or may not bode well for BlackBerry and their reasonably priced smartphones as more competitors enter the market for low-end mobiles, such as the Orange branded Stockholm and Barcelona phones.

What is also interesting as that the majority of new BlackBerry users are women, possibly entranced by the touted texting capabilities of mobile phones such as the super sleek Blackberry Torch 9800 touchscreen smartphone.

These messaging phones, along with free BBM between BlackBerry users, seem to be one of the main reasons BlackBerry has gained some traction throughout the UK recently.

And while the UK was not the only country that saw RIM increase sales and share of the market (BlackBerry saw an increase to 9.9% in Spain and a slight increase in Japan), it does seem to be the market best poised for RIM to make its last stand as one of the big names in smartphone development.

That last stand, however, will be determined by BlackBerry and its ability to find its niche and continue to develop innovative platforms that potential customers will be happy to operate on. If they roll over and continue on the static road they are traveling, there is very little that can save the brand.