Trending
You are at:Home»Laptop Reviews»Dell Precision M6600 and M4600 – the ultimate workstation laptops
By Gadgetman on Sep 2, 2011 · Laptop Reviews 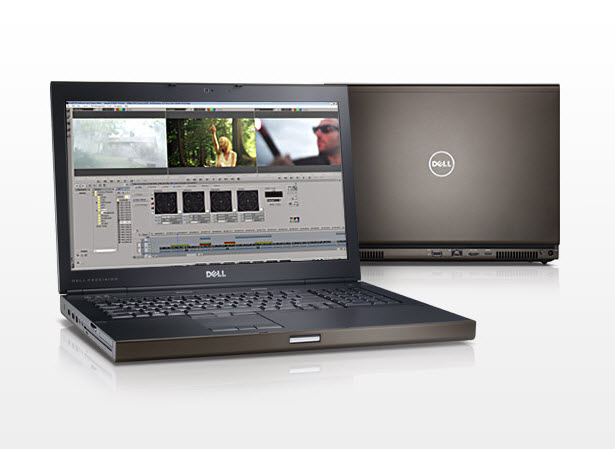 Dell is one of the biggest laptop manufacturers in the world, along with HP and Acer. They’re not only well-known in the consumer world for their high quality devices, but are also preferred by a lot of businesses and corporations all over the world for their sturdy business laptops and the excellent customer care that comes with them.

The Precision line of laptops is one of the best and most venerable in the world spanning four generations of high quality laptops, most of which are still powerful enough to take on any new models, especially from consumer lines. And now with finally get the latest and greatest in the line, the all new Precision M6600 and M4600 laptops, which are loaded to the brim with the latest hardware and are ready to take on any resource intensive tasks that up until now have been the staple of desktops and big, bulky desktop replacement laptops.

If you’ve seen how the M6400 and M6500 models look, then you have a perfect image of the M6600 design – it’s exactly the same, with just a few minor changes. The M4600 has also received the new design, and it looks like a smaller version of the M6600, while the older M4500 and M4400 looked very different from their 17 inch counterparts.

Obviously, the internal hardware has also been updated – that’s the main point of releasing a new model, isn’t it? The new Precisions sport the also new Intel Sandy Bridge CPU’s, and they are literally blazing fast! Whereas the first generation Core i processors were faster than the older Core 2’s, the difference was 20-30% at best in some highly CPU intensive apps, making them a pretty bad choice for an upgrade, especially since you had to buy a whole new laptop at a pretty high price. That’s why there are still more Core 2 Extreme (both quad and dual core) laptop users out there than Core i7, for example.

The switch to Sandy Bridge however, is totally worth it – the performance increase is around 50-70% in most CPU bound tasks – that is more than enough to be noticeable in everyday applications, as well as highly specialized software like Maya, AutoCAD and others. Not to mention that the Extreme edition of the core i7 processor (the 2920XM) can easily be overclocked via BIOS or by using a specialized tool such as Throttlestop (in some cases the processors reach 4 GHz on each core – now that is impressive!) for even more performance, at the expense of more power consumption and heat generation.

Obviously the Precision workstation laptops have everything you can think of in terms of other hardware features, from Wi-Fi N and Bluetooth to more exotic features like an integrated broadband modem and a flash card module that can double as an mSata slot for the new SSD drives. Speaking of which, the M4600 can technically accommodate three hard drives: one is the main drive, the second one in the optical drive bay via an optional caddy and the third one can be an SSD in the aforementioned mSata slot. The M6600 has the same options plus a second specialized hard drive bay, for an up to four hard drives. That means the owners will have enough space for almost anything they can think of.

The new MX600 laptops are already on sale, and of course they cost an arm and a leg, especially compared to the cheap $700 laptops you see in stores with the same specs, however the hardware specifications and Dell’s excellent business warranty and support are completely worth it – these machines will last for years to come and will power through anything you can throw at them, and if they break, you’ll have the replacement parts or machine in 24 hours, which is still an impressive feat that I love about Dell’s business laptops.