Trending
You are at:Home»Laptop Reviews»Vaio S series – should we be surprised that Sony is good at Ultrabooks? user review
By Gadgetman on Oct 7, 2011 · Laptop Reviews 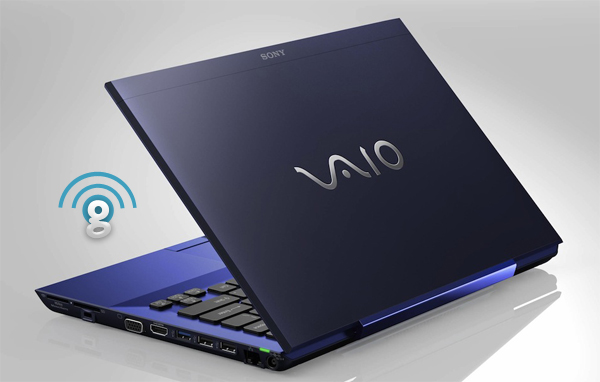 If there’s one word that would describe Sony’s laptops, it would be “stylish”. In fact, that can apply to all of their products, from smartphones to TVs and even gaming consoles. Sony really pays attention to style, and for that they add a premium to the price, as well – unsurprisingly, people actually pay (that’s the same thing that Apple does with their products, after all).

Sony is a true pioneer when it comes to slim and ultra-portable devices, having released both the first powerful ultra-slim laptops and the first UMPC (the latter was significantly less successful than the former, if you remember), so they know a thing or two about the stuff. It should come as no surprise, then, that they also made one of the most attractive Ultrabooks, based on Intel’s specifications with a few proprietary additions from Sony, of course. I’m talking about the newly announced 15.5 inch Vaio S series.

On the outside, everything has an air of professionalism and elegance to it – indeed, the new Sony S looks a lot like the slightly older SA and SB series (which by the way a lot of people seem to resent buying now that the more powerful Sandy Bridge powered S series is here), with angular cuts and straight lines.

The similarities don’t end there, with the Vaio S housing being built pretty well out of a strong magnesium alloy that both feels premium and does a better job at being durable than any plastic out there. On the inside, Sony managed to squeeze in a full sized keyboard with a numbers pad, which is pretty good, although the overly simple touch pad doesn’t inspire much confidence for power users. The display has a unique 15.5 inch matrix – typical of Sony to use a display that no one else has, but this one is worth it – it’s like a bridge between 15.4 and 15.6 displays, which should satisfy fans of both (just like the 16.4 inch Vaio was the perfect choice for those undecided between 15.4 and 17 inches).

There’s really nothing bad to be said about the exterior design of the new laptop – after all, this is what Sony does – creates awesome looking products that may or may not be as good on the inside. In this case, fortunately, the processing power matches the good looks, making for a very attractive laptop (as it should be, for the price). The Vaio S is powered by the second generation Core i5-2430m processor, with a dedicated ATi Radeon HD 6630m graphics adapter and the ability to switch to the integrated Intel HD 3000 adapter for an improved battery life and less heat generation.

The processor + graphics card duo can power through practically every task, although obviously rendering something in After Effects will take longer than on a Core i7 (though it will be faster than a Core 2 Quad, for comparison). The laptop can be equipped with 6 GB of DDR3 RAM, which should be enough for most tasks, although an 8 GB option sure would’ve been nice.

The Vaio S also includes most of the ports you may need in day to day work, including 3 USB ports, a HDMI out port, SD and Memory Stick readers, Ethernet and a VGA port. Of course, being a 15 incher, it also includes a BluRay drive, although I would replace that with a second hard drive in a heartbeat.

The price is pretty high for the configuration, though: as I said, Sony does charge for the design and the build quality in this case, so the lowest specced model will cost you $1000, which is $100 more than the SA and SB series, but it is totally worth it if you want a laptop that is not only powerful, but also looks great and has a good display that can be used for more than watching movies on the go – for real work.