Trending
You are at:Home»Gadget News»5 hardcore ways to make your smartphone better
By Gadgetman on Nov 10, 2011 · Gadget News 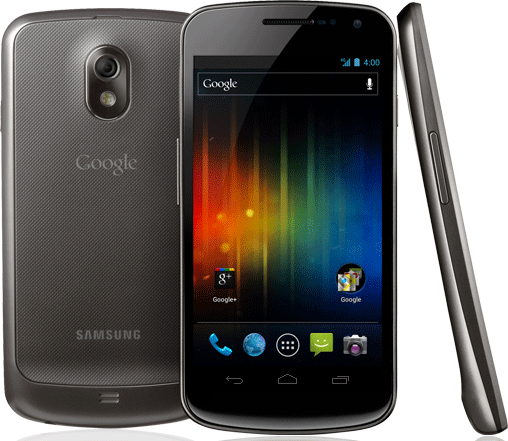 A smartphone is a pretty self-sufficient device, and unlike a computer running a desktop OS, it’s pretty hard to improve or change the operating system or hardware of the device – aside from installing apps that extend what you can do with your smartphone, there’ seemingly nothing else you can do. Or is there?

As with any other technology that was made by humans, of course there’s a way to reverse engineer a smartphone’s innards (both software and hardware) and change or improve it beyond what was originally intended. Below are a few of the more hardcore ways you can make your smartphone better – these methods aren’t for beginners (except maybe for the first one), but if you’re savvy enough, you can get the most out of your handset without breaking the bank.

Rooting/Jailbreaking. Rooting or jailbreaking (which are basically the same thing, only the latter is for the iPhone/iPad/iPod Touch) is the easiest way to get more out of your phone. What the process does is basically give you full access to the operating system – normally you run as a user, and this gives you admin rights. This allows you to modify any and all files on the phone, giving you the ability to do quite a lot of customization, including changing the way the home screen looks and behaves, running apps that are unauthorized by your operator/manufacturer and more. With rooting, you have full access to your own phone, but of course, if you’re not careful, you can break something.

Installing custom ROMs. Since Android is a free and more importantly, open source OS, developers and hackers (the good kind, who tinker with everything they see) around the world have access to the source and can build their own customized version of the OS from scratch. This has given birth to the custom ROM movement for Android. Actually, custom ROMs were around since Windows Mobile, but those were nowhere as advanced as the ones for Android. You can find a lot of custom ROMs for many devices (they have to support flashing, though – most Motorola phones don’t, for example), and most of the times, you can get a faster, more stable phone that will eat less memory, use less processor time and less battery thanks to the various optimizations in the ROM – it’s the perfect way to make your old smartphone new again. The flashing process is pretty simple, but again, you can easily break something if you’re not careful.

Overclocking. Now we’re getting into real hardcore territory :-). Overclocking is something usually done on desktops with plenty of power and cooling, but since smartphones are basically miniaturized computers, it’s possible to overclock their processors, as well. Most of the times you’ll need a custom ROM, but the actual process is easy – there are quite a few utilities out there to make it a single step – just set the desired frequency and press OK.

A lot of the times, you’ll be able to go only 100-200 MHz more than the standard clock, but some processors can be overclocked MUCH higher than their original speed – for example, the Droid/Milestone comes with a factory underclocked TI OMAP CPU, to save power, but you can ramp its 550 MHz frequency all the way to 1200 MHz, making is faster than all the 1 GHz Snapdragon smartphones out there, with apps running fast, Web pages rendering noticeably faster, Flash running without stuttering in the browser and videos playing like it’s nothing – how’s that for a new life for your favorite phone?

Undervolting. Obviously, overclocking leads to an increase in power consumption and heat generation, which is why people couple that with undervolting, i.e. reducing the voltage of the processor. Not all chips support the process, and it’s pretty hard to do it even on those that do, but it’s totally worth it – you can get hours of battery life while also reducing heat. The Droid, for example, can be undervolted by quite a large degree, giving you an additional 2-3 hours of continuous run time at the default clock or let you run it overclocked at 1 GHz without reducing battery life, and that makes the process worth it.

Building your own ROM. This is definitely not for the faint of heart or even those who have never written a line of program code. Building your own Android ROM (obviously, you can’t do it with iOS) from scratch is a pretty hard endeavor, but if you’re up to the task, it’s worth it – you can customize your phone to your heart’s content and make it as unique as you are. Custom skin, home screen, app drawer, overclocked and undervolted processor, more available RAM and storage space – everything can be achieved with a customized ROM that you build specifically for your phone.

While these methods may be too much for most people, if you are a developer, programmer or are just good with computers and software, you might want to give some of them (or all of them!) a try – they can definitely improve your smartphone and make it better than ever before, plus you’ll have a unique device that no one else can brag about.