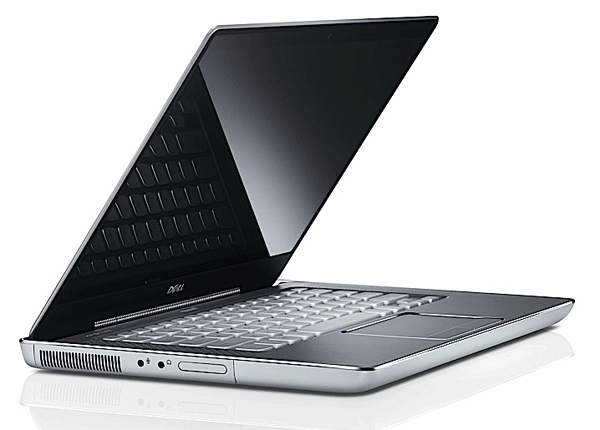 Dell has been on a roll lately with business laptops, but they haven’t been slacking on their consumer laptops, either, if you can actually call them that way – their quality has been getting better every year, and the latest models may very well be even sturdier and well-built than the previous generation of Precision notebooks.

The new XPS line is the most impressive yet – the metal bodies and elegant slim design make them a great purchase for anyone who wants a reliable yet affordable laptop for everyday use. The latest in the line to be released is the Dell XPS 14z, which sports a pretty unique and interesting design, as well as a 14 inch display inside what is usually a 13 inch chassis – a perfect combination for mobility and productivity on the go.

The exterior design of the XPS 14z might be one of the most unique on the market, right up there with the Elitebook 8560w. It looks pretty weird when you first see it, and a lot of people hate it, but then again, a lot of people love it – it’s like the iPhone of the laptop world. The whole body is built out of aluminum and magnesium, not unlike the MacBook Pro (although it’s not a unibody design), which makes it sturdy, but also a bit heavier than it would be had it been made of plastic. It looks a lot like the previous generation of Inspirons on the outside, with rounded edges and a smooth finish, but once you open the lid, you see the striking difference right away.

The lid hinges are visible in the rounded stripe at the base of the laptop, and it looks pretty unusual – coupled with the glossy display, it makes for a pretty futuristic look (although the plastic bit at the bottom breaks the illusion). Adding to that are the rounded keyboard keys with a very “techy” font that you see in a lot of Sci-Fi series and a beautiful white backlight that glows without blinding you – it sure looks awesome, although typing on it might not be that easy due to their slightly concave form. The speaker grills are pretty funky, too, with the only normal looking part being the touchpad, which works perfectly, by the way.

The display may be 14 inches across, but it has the same 1366×768 pixels resolution that is on most 13 inchers out there – well, at least everything it bigger so you don’t have to strain your eyes as much. The hardware specs are pretty good – Dell sure did fit a lot of power inside with the 2.8 GHz Core i7-2640 processor, which is one of the most powerful mobile dual cores around – it’s even faster than the previous generation i7-720m quad core! Helping it is the amount of RAM – you can fit up to 8 GB DDR3 inside this machine, which should be more than enough for most people.

You have the selection of either an SSD or a larger HDD, and the graphics part consists of Intel’s integrated HD 3000 graphics and a dedicated Nvidia GeForce GT 520M with 1 GB of video memory. The NVidia chip may be twice as powerful as Intel’s solution, but it’s nowhere near the level of some of the newer midrange cards – you can do some 3D/rendering/CAD work, but it’s not going to be a great experience. Most of the games released pre 2010 should work fine, though, if you like your occasional gaming sessions.

With all that, the Dell XPS 14z is under 1 inch thick, and according to the manufacturer it’s “the thinnest fully featured laptop in the world”, which probably means that it has the top of the line, non ULV Core i7 and an optical drive. Hard to argue with that, and the 14z is definitely a great choice for anyone who wants a portable workstation that has everything you need for even some of the most resource intensive tasks.