Trending
You are at:Home»Gadget News»A quick overview of Windows 8 – what does the future of Microsoft’s OS entail?
By Gadgetman on Dec 11, 2011 · Gadget News 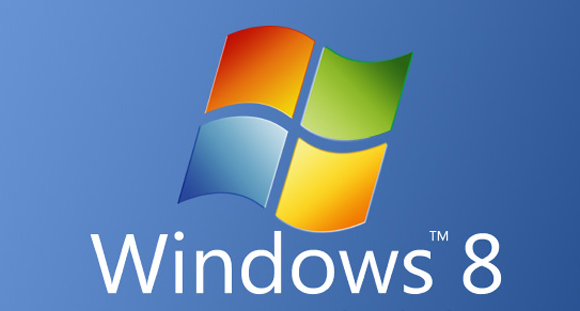 It seems that just a short while ago, Windows 7 was released to critical acclaim, being a much better OS than Vista and by far the best Windows to date. A lot of things changed on the computer scene in the past few years, including the rise of the tablet, and now Microsoft is preparing for another major launch that is supposed to make them competitive on the new tablet market, as well as keep them in the old desktop scene, with the new Windows 8, which is almost ready for release (it’s currently in Beta version).

So, will Windows 8 be able to compete in the new world, and be both a great desktop and tablet OS? It seems a pretty hard thing to do, but I believe it may be able to pull it off. After all, the main thing about tablets is the interface, and the new Metro UI on Windows 8 is simply great for tablets, and it looks pretty good on desktops, especially of Microsoft can give users the ability to make those tiles smaller.

Windows 8 brings along quite a few improvements in the functionality of the system. The main change is of course, the new start screen, which replaces the old desktop with a new, tiles-based interface – technically, the concept is no different than the good old icons and gadgets, only now you have all of the functionality, including live previews and notifications, built in straight into the tiles – pretty useful and definitely a better use of desktop space than icons. You can also zoom in and out on the start screen, which is like making the old icons bigger and smaller to fit more of them, only now it’s easier to do it, whether using a mouse and keyboard or a touch screen.

Search is more deeply integrated into the system – it’s practically become the new start menu, and that’s a good thing. Aside from being able to open an application by typing a word or even a few letters from its name and pressing enter (very useful for power users), you’ll also see a list of installed apps (programs) organized by groups, not alphabetically like in the old start menu. This lets you find your favorite app faster. The Metro UI can easily be disabled through a registry setting, and the old Windows 7 look is completely intact, which is great news if you like the old way of doing things. Microsoft really goes through big pains to keep backwards compatibility, and they’ll probably include the option to disable Metro in the Control Panel.

The login screen will allow you to use an alphanumerical password, as well as a fingerprint reader, camera (with the appropriate recognition software) or a handwritten signature (or drawing), which is excellent for touch screens (and is a lot like the pattern unlock feature on Android).

Internet Explorer also got the Metro makeover, and it now looks better than ever, plus the engine is supposed to be faster and support all the newest technologies, including HTML5 and GPU-accelerated page rendering and visual effects. It certainly looks impressive, although the lack of add-ons (like a Flash or script blocker for stopping malicious code) means that most tech-savvy people will go with Firefox or Chrome, anyway.

With Windows 8, you also automatically get Microsoft’s Hyper-V, which lets you run virtual machines – perfect if you’re a power user or need to run an older version of Windows for your legacy apps.

Microsoft is definitely on the right track with Windows 8 – the new OS works great for both desktop computers and tablets, and that’s a hard feat to achieve – not only that, but they also left the power user features intact, while adding new ones for novice users. I believe that Windows 8 will top Windows 7 and be one of the best operating systems on the market, but I suppose we’ll have to wait and see if that prediction comes true.