Trending
You are at:Home»Gadget News»Samsung not blocked in the US and can sell disputed devices
By Gadgetman on Dec 5, 2011 · Gadget News 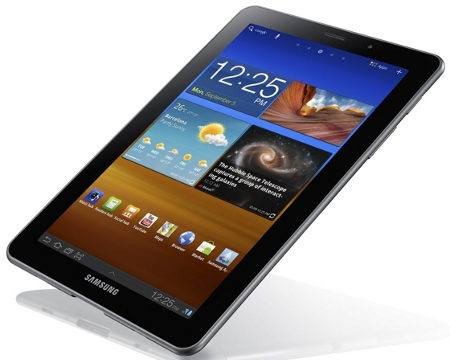 A United States Federal Judge has blocked Apple’s attempt to prevent Samsung from selling various smartphones and tablets in the US due to alleged infringements on design patents.

Judge Lucy Koh of the United States District Court in San Jose denied a request by Apple for a preliminary injunction against Samsung on Friday. The judgment will now allow Samsung to continue selling a number of devices in the United States, which Apple alleged was infringing on various design patents of its iPhone and iPad devices.

The devices in question is the Infuse 4G, Galaxy S 4G, Galaxy Tab 10.1 and the Droid Charge.

The ruling came amidst a series of court cases filed against Samsung around the world. One of the latest cases is that of Australia, where Apple won when the country’s High Court extended a temporary ban on the sale of the Galaxy Tab tablet until December 9, while the court considers Apple’s arguments.

Apple also tasted victory in courts in Germany and Netherlands.

Apple said in a statement that Samsung’s devices look a lot like that of the iPhone and iPad, from the shape of the hardware to the user interface and the packaging. The company said that this kind of blatant copying is wrong.

Samsung, however, maintains that its products are distinctive from that of Apple.