Trending
You are at:Home»Laptop Reviews»Samsung Series 5 – the first 14.0 inch Ultrabook with an optical drive
By Gadgetman on Jan 5, 2012 · Laptop Reviews 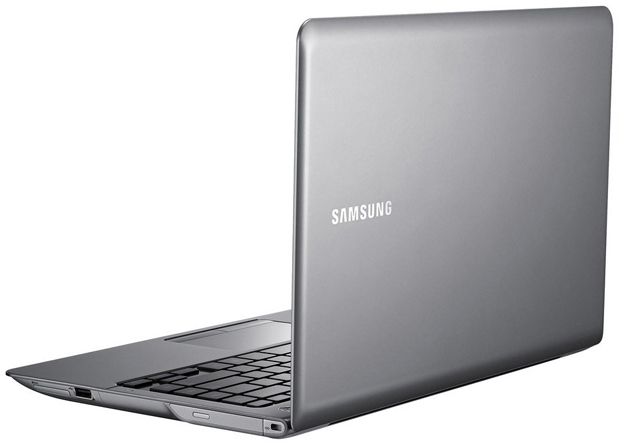 The Ultrabook market seems to be growing surely and steadily, with more and more laptops appearing in the category – heck, it seems like it’s a small boom of Ultrabooks out there, which shouldn’t be that surprising since they are the future of laptops. While I’m still waiting for a 15.6 inch Ultrabook (because I can’t work with smaller displays), manufacturers have already got up to 14 inches, and there are quite a few great laptops with that screen size to choose from.

One of the latest additions is Samsung’s Series 5 Ultrabook (not to be confused with the ChromeBook, although you’ll know the difference right away once you glance at the specs), which comes hot on the trails of their Series 9 13.3 inch Ultrabook, which is one of the most attractive and unique models on the market at the moment. The Series 5 is notable for its 14.0 inch display, which is crammed inside a 13.3 inch chassis, and the surprising addition of an optical drive (which apparently is still used by a lot of people).

The Series 5 doesn’t look as good as the 9th, for sure – it has a simple, no frills design that won’t attract much attention, but with an aluminum housing, it’s still pretty attractive (especially if you like business machines) and it’s definitely sturdy enough to withstand daily use and abuse. It doesn’t look like the MacBook Air or Pro, either, which is refreshing seeing as most other new Ultrabooks look like a carbon copy of either of those two (just look at the LG P220 for an example).

As others have already noted, the Series 5 is not technically an Ultrabook, since it’s just a hair over the maximum specs from Intel, but then again, the difference is so small it might as well not be there. The 14 inch display is larger than the Ultrabook specification of 13.3”, the laptop weighs 1.8 kg instead of the maximum 1.4 kg, and it’s just a bit thicker at 20.9mm (the max is 20.3mm), but if you can complain about the latter, you’ve got bigger issues :-).

The 14.0 inch display has a 1366×768 pixels resolution, which is borderline counter-productive, but hopefully Samsung will offer a larger one for those who need it. The increase in size means that you’ll be able to have a bigger picture and text, which is always a good thing for your eyesight.

Performance wise, there should be no issues with the Series 5 Ultrabooks, thanks to the use of a Core i5 or i7 processor, a dedicated Radeon HD 7550M graphics adapter, up to 8 GB of RAM and a mSata SSD plus HDD combo, for the best performance/storage space ratio. Of course, there’s the optical drive, as well, which I really hope is removable and replaceable with another HDD or SSD (who uses DVDs or even BRD’s nowadays, anyway?).

As you can see, the Series 5 is quite a lot more powerful than other Ultrabooks, and it’s not that much bigger, either. The port selection includes a VGA out port, 3 USB ports, HDMI out, an SD card reader and an Ethernet port, while on the inside, you’ll find the usual Wifi and Bluetooth adapters for wireless connectivity.

The Samsung Series 5 is definitely a great Ultrabook, even though it doesn’t quite fit the definition, but sadly it will only be available in South Korea for now, at a nice $1170 starting price – I hope it will come to the US and Europe soon, though.