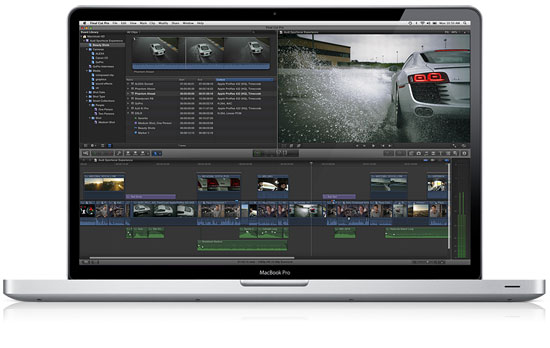 When Apple first released the X version for Final Cut Pro, it was expected that it would be everything that the consumers wanted. Apple believed it would be equipped with features of just about everyone and that it would be easier to use for those who were new to using the version but would also be more refreshing for people who were basically pros with it. However, neither pros nor newbies found it to be as great as Apple made it out to be. And, while it definitely wasn’t all Apple was expected, the company did make sure to listen to its users to make the necessary changes that would satisfy all of the different users.

The Apple Company has recently announced a new version, 10.0.3, which will add on one of the features that just about every user was hoping for.

The new feature is the multicam support. The newest version of Final Cut Pro X will support footage that comes from just about 64 different cameras, all of which feature different combination, resolutions, and frames. This app will even be able to line up certain footage by using the waves that come from the audio of each cam, regardless of whether or not the audio is actually used in the end production result.

This app will also include an advanced feature, the chroma key feature. This feature will allow users to make edits and tweaks with footage that is similar to a green screen. The users will be able to do this directly from the app.

Last but certainly not least, the third-party add-ons have been recently released. Each of these add-ons, including Sapphire Edge plugin, Intelligent Assistance, and 7 to X, will help covey finished Final Cut Pro projects in a better light, with the best and latest format.

These new upgrades and features for Final Cut Pro X are definitely ideal and those who already paid the $299 for the entry fee will appreciate that the new upgrades will be absolutely free. However, one is left to wonder if the people who have tried it before will come back and check out the updated version. Perhaps they will like it better this time around.