Trending
You are at:Home»Gadget News»New Tablet, the Spark, Shipping with Plasma Active
By Gadgetman on Feb 2, 2012 · Gadget News 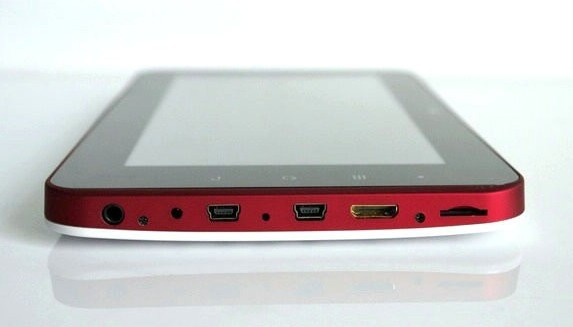 Most people are aware of how successful Kindle’s and iPads have been within the past few years. However, the Spark is something new, a tablet that is actually something different, far from corporate influence and what everyone else is doing. The Spark runs with the Plasma Active UX and will sell for just about $262, more affordable than most Kindle’s and iPads. The surface is shiny but behind the surface is Mer, which is similar to the Linux MeeGo platform. Users of the Spark will have the opportunity to install customized firmware if they would like.

The Spark is not just a tablet that has been created for the consumer; it is directed toward those who have a love of writing great software and using different types of Linux tools. The tablet will, however, offer some access to an assortment of eBooks and specific apps as well. It is believed that this hardware will not really impress a mainstream audience, especially those who are already avid users of the Kindle or iPad. But, it is believed that this will appeal to other people, especially software developers looking for something that is inexpensive but also allows them to develop applications.

Right now, the actual dates for ordering the Spark and the delivery dates are not certain. However, a lot of other information has been released about the product. The launch date is expected to be released sometime within the next week or so. The Spark will feature an onscreen keyboard and several other features that will ensure it is compatible for tablets.